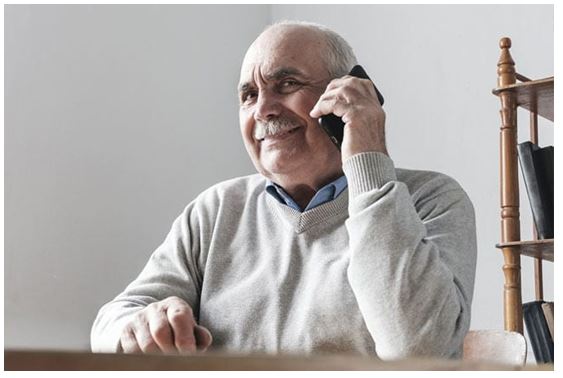 With Christmas and the shopping season now behind us, it’s time to kick back in the recliner and make the most of all those $1.96 Walmart “doorbuster” movies you risked life and limb for on Black Friday. I took my own advice recently and re-watched Ocean’s Eleven, a classic American heist movie. Movies like Ocean’s Eleven may keep us entertained and on the edge of our seats, however they also serve as a realistic parallel to the modern-day cyber con artists lurking among us, and their disgusting and fraudulent ‘movie script’ scams don’t end after the holidays.

While names may have been changed, the movie script below is based on actual events.

EXPOSITION–Exploit the weak and vulnerable (i.e. Children/elderly).
An elderly Mr. Jones was enjoying a peaceful dinner at home with his wife when his home phone rang interrupting his meal. Upon answering it, a gentleman introducing himself “Frank” began asking him questions about his computer. Although Mr. Jones is normally cautious with phone sales calls, on this night Mr. Jones had an emotional response because (ironically), he had experienced recent troubles with his computer while online shopping for the holidays.

Once a month (for 5 months!), phone calls pursued, and detailed computer health updates were provided as agreed to. During this time, Mr. Jones noted that Frank was always very courteous, polite and would routinely address him by name and caringly ask about his family. Most noticeably for Mr. Jones, during these months, he saw improved performance and stability on his PC. Without reservation, he continued his normal computer habits that included banking, bidding on eBay, etc. He admitted being extremely satisfied with the service and attention he was receiving from Frank.

Let the victim win at first. Build sympathy and create a false sense of power.
About 6th months into their agreement, Frank, on the monthly routine call, would break the news to Mr. Jones that his technology consulting company was going out of business and that he was entitled to a $150 refund. With a relationship solidly established, although puzzled and saddened by the news, Mr. Jones proceeded to move forward with Frank’s instructions on the refund- allowing Frank back on to his system one last time so that together they could deposit the $150 refund back into his account.

As the transfer of money was happening, Mr. Jones noticed that instead of $150.00 getting directly transferred into his account, Frank “accidentally” deposited $15,000 into Mr. Jones account. Upon seeing the wrong amount, Mr. Jones quickly called the mistake to Frank’s attention. As if on cue…(Mr. Jones had taken the cue), Frank’s tone quickly changed, and he became frantic.

CLIMAX–Change the tempo to create urgency to complete the heist.
Mr. Jones recalled Frank acting scared and that Frank repeatedly expressed how his organization was going to sue him for the full $15,000, and how it would cost him his house, his job and possibly his family. Frank desperately pleaded with Mr. Jones to authorize the $15,000 transfer back to the account to immediately reverse the mistake.

FALLING ACTION–At this point, Mr. Jones said “no”, and that he would head to the bank to get the situation resolved for Frank. Frank didn’t like this and demanded that the call not end!

RESOLUTION– By ending the call and saying no to Frank’s urgent request, Mr. Jones was fortunate. He drove to his bank the following morning and explained the situation. As the banker investigated his accounts, the banker explained how Frank didn’t receive any outside money into his account at all, the $15,000 he saw transferred over to his checking account was deceitfully moved from his own home equity line of credit. “Frank” had invested months into this con job in hopes to trick Mr. Jones into laundering his own money.

Whether it’s a phone scam, web scam or Phishing scam, the unlawful tactics used by cybercriminals are not only increasing exponentially in number but are becoming more involved with higher consequences. And while it can be easy to pass judgement or lack of judgment on him, his experience is shared by tens of thousands of computer users a year. Attackers are relentless and cyber con artists constitute a multi-billion-dollar industry.

It’s better to watch actors and actresses in a heist movie rather than being one of the actors in your own real-life modern-day cyber con artists robbery movie. Leave your computer’s security to a trusted professional/product, and trust your gut. If an email or call seems hard-to-trust, you should not trust it. Use your common sense (and strong antivirus security!), and be your own star-of-the-show!