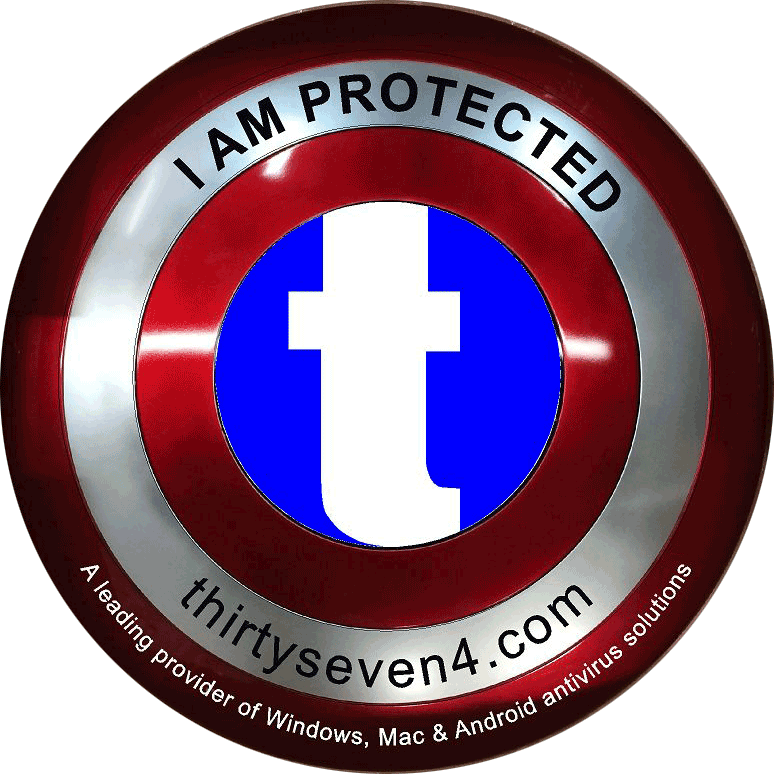 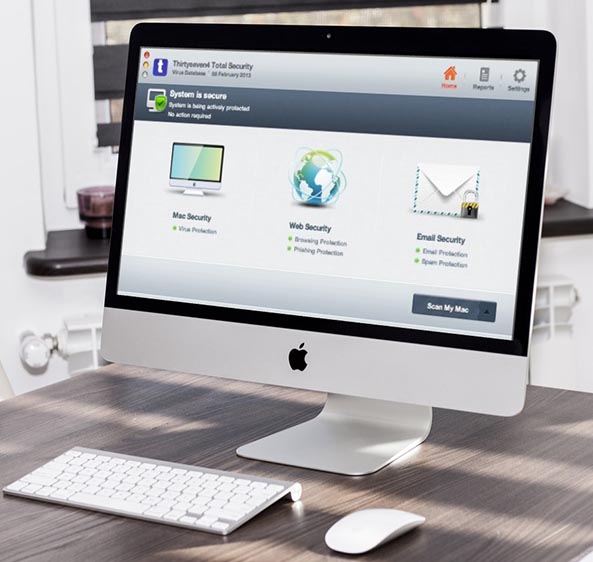 An advanced feature introduced in Thirtyseven4 Mac Security that monitors the online activities of children and other users. This feature allows for controlling Internet usage and restricting access to a variety of websites

Thirtyseven4 Mac Security has been developed to ensure an extremely user-friendly and appealing interface with easy navigation.

Is it possible for a Mac to get infected? I thought only PC's get viruses.

Yes, it is possible for a Mac to get a virus. The days of an unprotected Mac are largely behind us as cybercriminals engage the Mac platform.  The likelihood of a virus infection on a system running Microsoft Windows is still considerably higher than a Mac, but we recommend proactive protection, as the number of Mac infections are higher today than ever before. Please also keep in mind that Thirtyseven4 Mac Security provides a full palette of security options in addition to virus protection. It also contains strong features including Parental Controls (to monitor Internet usage and website content, etc), Web Security and eMail Security.

Is it worth installing an antivirus/security application like Thirtyseven4 Mac Security on my Mac?

Yes. The reason is factual: There are real Mac viruses out there. Our Virus Lab is updating for Mac-based malware on a daily basis. In fact, our internal research on this topic has found that the Mac OS has become a favorite target for malware authors. There are many third party articles online written by security experts backing this claim.

So to protect a Mac machine from any known or unknown pieces of malware, it is advised to install a thorough antivirus product (like Thirtyseven4 Mac Security) on the system.

And as noted above, Thirtyseven4 Mac Security does much more than just protect against Mac-based malware, it protects against all known and unknown threats Mac-based on not. Our product also offers a great Parental Control module, and integrates Cloud-based technology into our Web Security feature and eMail Security component, etc.

Can you provide me a real-world example of Mac Malware?

Sure. Arguably, the most popular pieces of Mac malware have been categorized as “Scareware”. Scareware refers to maliciously crafted programs that appear to be legitimate Security Programs or other legitimate software. These programs often times “scare” you into thinking you have a virus or another security related issue and prompt you to purchase the fake software. This malware was named “MacDefender”.

Macdefender, which also goes by the name MacSecurity, MacProtector, etc didn’t rely on exploiting an OS vulnerability, but instead depended on tricking users into visiting malicious sites and duping them into installing
the software.

As mentioned in a question and answer (below), the Mac OS requires an account password when installing software, however, in the case of newest MacGuard scam, it didn’t require a password to be entered if a system was running under an administrator account. This is a case-in-point of the ever-increasing savvy of Mac virus writers.

In conclusion, malware for a Mac is increasing and the technology and efforts behind these Mac-based attacks continues to become increasingly sophisticated. Mac-based malware has already been seen bypassing permissions like MacGuard and the Flashback Trojan, and even after blocking the permission to execute these styles of malware, it still became installed into the machine.

In order to add one more layer to MAC OS security, it is proactive and smart to to have a good Anti-Virus installed

Why do PC's have more trouble with malware, etc than a Mac?

This question has multiple answers but here are the most popular answers.

2. Root access is needed for most malware to interact with other programs (i.e. steal passwords, log keystrokes, etc.). Interaction with the user is required before running or installing any application on a Mac. In Windows, the root access requirement on a home PC is automatically granted under the Administrator account.

3. While the Windows OS generally tends to be the same “under the hood”, the various flavors of the Mac OS vary widely. Malware can be written to affect all platforms of Windows and because of the above this is not the case with Mac.

Is it true that the first computer virus targeted an Apple machine?

Thirtyseven4, LLC is dedicated to serving customers with a full palette of EDR security solutions including AntiVirus, AntiMalware, Anti-Ransomware and Zero-Day Threat Protection.

Read More Articles at our Blog